You are here: Home › YouTube Sees Boost in Mobile Traffic 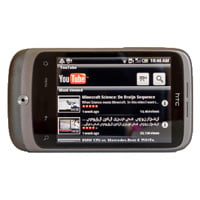 User-generated video giant YouTube is swiftly moving its more than 1 billion users to mobile. According to recent reports from Google*, mobile devices now accounts for 40% of YouTube’s traffic. The numbers show YouTube’s vastly growing popularity on phones and tablets. Last year, mobile usage accounted for only 25% of traffic. In 2011, only 6%.

Of course, YouTube isn’t the only one. Other social media giants are seeing similar increases in mobile traffic. By comparison, Facebook reports that of its 1.15 billion users in the second quarter of this year, 819 million monthly users (73%) were visiting on mobile devices. While Facebook doesn’t release what its total percent of mobile traffic is, we do know that 41% of its total ad revenue comes from mobile use.

YouTube attributes its particular success to an early jump-start into the mobile world. The company formed its mobile team back in 2007, while there was still minimal demand for mobile sites and apps. All YouTube videos were transcoded for viewing on phones or tablets. YouTube quickly struck a deal with Apple to have an app pre-installed on the iPhone.

Since then, YouTube has taken control of the app back from Apple and continues to improve on its mobile experience for web, Android, and iOS. The only piece remaining is to work out a high-quality app for Windows Phone. Microsoft currently only supports an “app” that simply boots users over to YouTube’s mobile site.

YouTube is still doing plenty for its growing mobile base. The latest updates include the ability to save videos for offline viewing and a multi-tasking feature allowing users to minimize videos while still listening to the audio. This improves the mobile experience for those who use YouTube as a music streaming service. With these and more mobile features, it’s no wonder YouTube still reigns supreme in mobile video.

Read our article about how YouTube can help you market your business.