You are here: Home › Are electronic transactions safer? 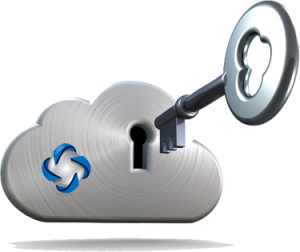 AutoPay via ACH or credit card versus writing a paper check: Are electronic transactions safer?

Bill payment via paper checks have been around a long time [1959 was implementation of MICR ink making automated sorting possible]. Fraud and/or theft were not considered issues that had to be dealt with so verification/authentication measures have not been key components of check usage.

If a consumer reports a check [a deposit slip works as well] as stolen or fraudulent, there is no federal law stating their bank is liable to replace funds lost — it is up to that bank and in some cases state law as to whether the bank has legal obligation. The bank may report back to you (in some cases 60 to 90 days later-during which you do not have access to your money). In addition the burden is on you to report the fraud via strict procedures.  You also have to prove that the checks were not authorized — the burden of proof again is on you, not the bank or merchant — and you have to do this for each party from which you’re trying to reclaim money.  If a thief wrote bad checks in 20 different jurisdictions, you may be dealing with this for years. It is also possible the thief can keep writing checks on your account even after you’ve reporting them as fraud, and even after you’ve closed the account.  Every time the thief writes a bad check on a closed account, your bank may reopen the account and send you an NSF [think $25 fees] notice.  You will have to individually dispute these as well.  Finally your account (and possibly your name) will go into ChexSystems (the equivalent of the credit bureaus used to check people’s checking account history) as fraudulent, which may make it difficult or impossible to obtain a new checking account for many years. There are additional concerns including the thief being able to order new checks in your name. Some statistics:

Contrast paper check protection measures with ACH or credit card processing. When paying by credit card or ACH the consumer has a 60 day window to report to their bank that they do not recognize a charge to their account. If the consumer suspects fraud this window can extend much further. In the credit card world the consumer calls their card company and disputes the charge. The business debiting them has a chance to respond but if acceptable proof of goods/services received in exchange for payment is not produced the consumer will get that money back. In the ACH world the consumer must sign an affidavit with their bank stating the transaction was not authorized. Funds debited fraudulently will be replaced. Both industries have strict operating rules that protect the consumer from unauthorized debits.

So in comparison paper checks do not have consumer protection components built into their infrastructure making it much more involved [and expensive] if fraud occurs.

Providing ACH and credit card payment solutions guaranteed to save businesses time and money. You can find Wayne on Google +. A specialist in ACH Integration for software/ASP providers looking to emdbed payment processing capabilities. Read about Integration. View my LinkedIn profile here
View all posts by Wayne Akey →

← How to Choose from Six Top Social Media Sites: Advice for Small Businesses
Secrets for Getting a Small-business Loan →