You are here: Home › New Consumer Study on Daily Deals 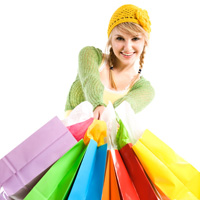 Your company has probably considered the idea of offering a “Daily Deal” using a service such as Groupon, LivingSocial or SaveLocal. Maybe you have already tried it. Before running a deal like that, take a look at this new consumer study on daily deals. Why do consumers use daily deals, and how?

Constant Contact recently hired research firm Chadwick Martin Bailey to survey 1,433 US adults to find out how they think and act regarding daily deals. The main finding from the study was the power of word-of-mouth to make a daily deal successful. People will share a good deal, even if they do not buy it themselves. Personal endorsements increased sales of the deal, especially for women.

The survey had good news for local businesses. More than 33% of respondents were more likely to buy a daily deal offered by a local business versus a national corporation. When the deal is offered by an unfamiliar small business, recommendations from friends help.

The majority of people who signed up for a daily deal service ultimately bought at least one daily deal in 6 months, and 27% purchased 5 or more deals.

One of the big risks with a daily deal is that only some of the consumers who purchase the deal will come back. Creating new, loyal customers is usually the main reason for running a daily deal. Only 42% of the consumers in this survey agreed with this statement, “If I like what I get from a daily deal, I’ll become a loyal customer.” That means nearly 60% did not agree, and they are probably not going to become part of your customer base long-term. Daily deals can attract a lot of bargain-hunters who will take the cheap stuff and not come back. The challenge is to find the right deal and operate your business to build loyalty.

Deals are significantly more likely to get shared by email than by social media. Entertainment and restaurant deals are shared with family and friends the most.

If you are considering a daily deal, be sure your company can handle it if you sell a lot of deals. Run the numbers carefully, and look honestly at your capacity. If you have to pay extra staff, rent new space, or don’t have the cash flow to wait for payment from the deal, your deal could backfire. Go into a daily deal with eyes wide open!

Here is a slideshow about the study:

Providing ACH and credit card payment solutions guaranteed to save businesses time and money. You can find Wayne on Google +. A specialist in ACH Integration for software/ASP providers looking to emdbed payment processing capabilities. Read about Integration. View my LinkedIn profile here
View all posts by Wayne Akey →